Resins are naturally found in plants, particularly coniferous trees, and are valued for their chemical properties that facilitate many useful purposes including varnishing, glazing, adhesion, and the creation of essential oils. Engineered resins are manufactured to mimic natural resins chemical properties and are thus valuable to the assembly of a wide array of materials. One major user of engineered resins is the automotive industry.
In 2011 Ford began to incorporate EcoLon® into their vehicles. EcoLon is manufactured by Wellman Engineering Resins by grinding nylon-based PCC into fiber and then, through a patented process, recovering the material into a nylon resin. The Dana Holding Corporation then uses the resin to mold cylinder-head covers through its injection-molding process, thus allowing Ford to substitute traditional cylinder head covers (which use virgin materials) for a high-quality, eco-friendly, alternative. Currently found in the Ford Fusion, Escape, Mustang GT and F-150, the Ecolon-based cylinder-head covers were the first automotive product of its kind manufactured from post-consumer recycled nylon.

In addition to diverting carpet from landfills, by using EcoLon Ford reduced their indirect consumption of oil by more than 430,000 gallons in 2010. While Ford enjoys greener engines and cost savings, customers also feel the ‘green’ benefits of a greater fuel economy due to the fact that the nylon-based covers are nearly 20% lighter than their previous aluminum die-cast predecessors. Other uses for PCC-based resins include furniture, medical devices, computers and other electronics. Stay tuned for future product highlights!
In the world of post-consumer carpet (PCC) recycling only a handful of companies simultaneously play the roles of the collector, sorter, processor and manufacturer.
Services provided by CARE Annual Survey Respondents 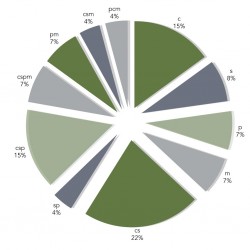